Nominate your best tech or gadget! 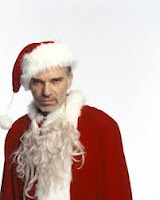 Santa is just around the corner.  He knows where you live, and like stealthy ninja, is checking out best entrances and exits to your home!

We want your nominations for what you think is the best tech of the year and what you would like to see most under the Christmas tree.  It can be any kind of gadget you like, phone, camera, tablet, gaming machine etc. But you have to say why you think is so cool and briefly describe what it does so much better than any other kind of its class.

Or if you don't think anything worthwhile has been produced in 2012, offer suggestions for the kind of gadget you would like to see in 2013.  For example, I'm pretty keen to see what the Surface Pro can do.  And I would nominate the Surface RT for the gadget of the year in 2012.  Its a big departure for Microsoft and I think the new interface is very quick to use.  Plus, I think the keyboard in the cover lifts the tablet from just a fancy internet browsing and emailing device into a proper computing alternative to a laptop or desktop.

So come on.  Give us your nominations!