Your teachers are past it?

Everyone who's made it big, did it while they were young.  Richard Branson (Virgin), Albert Einstein (Theory of Relativity - don't be misled by the famous picture of him as an old man), Mark Zuckerberg (Facebook), Bill Gates (Microsoft),  Steves' Wozniak & Jobs (Apple), Hewlett & Packard (guess what they did!), the list goes on and on. Well they've just been joined by one of the newest and youngest internet millionaires, Nick D'Aloisio.

Young Nick at 17 has just been given more than £20 million by Yahoo for a phone app he developed when he was even younger at 15.  Developed at home, the app he called Summly uses clever programming to produce a daily digest of all the main news stories on a phone, providing users with quick links to more detailed articles.

It was only released in the Apple Store four months ago, but since then its gathered over one million downloads.  Amazing stuff.

Nick's success, again proves that it's the young, the one's closest to new developing trends, that have the coolest ideas: age is not a barrier to success.  And with technology, armed with a simple computer, any one can produce world beating apps in their bedroom.

So what's stopping you?  What ideas have you got for a phone app?  What would you like to see on your phone?

Ignorance is no longer a barrier. You'll find out to develop phone apps  in a new upcoming unit on android programming.  All that's missing is the starting idea, so get your thinking hats on!

How would you spend £20 million smackers?
Posted by Unknown at 09:38 0 comments

Fresh from the cutting room floor, another ABSOLUTELY STUNNING, MUST WATCH film by Morgan Spence  Give yourself a treat and watch it.

Be able to tell your grand kids, that you knew Morgan, before he was world famous, because you can be sure, we are witnessing the birth of a great talent.


What are your favourite moments?

Among many a few stand out scenes for me, include the security film footage where the viewing perspective changes to that of  security camera and the film switches into grainy black and white: then the fabulous detail of the animate screen on the laptop: the scene at the bar with the glasses filling up, and finally the fireworks at the end. The music is good, but the film is better.

There are literally thousands of different programs.  They range from little apps or widgets you might use on a phone - something like Angry Birds. perhaps - to full blown monster application suites. Microsoft Office. is one example. 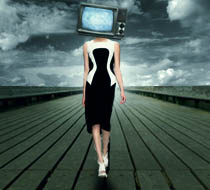 Each of us probably have their own favourite programs which we love and use as often as we can.  For many, these are probably games.  For others it might be software that help us communicate or internet apps such web based e-mail or for social networking sites like Facebook.  But for a few, they include programs that can be used for more creative purposes.  It might be Photoshop for creating unusual images,  Auto-cad for design or Adobe After Effects for adding in special effects or title sequences to films.
Christopher Douglas shows us how this can be done in an appeal for the Water Aid Charity during our Focus on Business course.  Good work Christopher, though I'm not sure about the sound track.

What are your favourite programs? What can you not bear to be without?  What do use them for? We want to know.

Are there any programs that you would like to be available in school?  Come on here's you chance to have a  say.
Posted by Unknown at 09:21 0 comments

Social Networks.  Everybody has some idea of what they are.   Well dear reader, you do, or more than likely, you wouldn't be here.  Social networking is all about being a member of a group that shares some common interest and believes in sharing information.  In the past this has meant belonging to an extended group of friends or people in clubs that you personally know and talk to.  Nowadays this means using computing technology hosted by companies like Facebook, Twitter or Google to maintain contact with your social group.  Because you don't have to meet face to face, you can have a much larger social group, where one post can be read by thousands and your friends can be spread around the world.  Something that just couldn't be done before Social Networks arrived on the scene.

As they say, its good to share and keep up to date with your mates.  And we can all think of positive benefits to social networking.  But is there a dark side?

We've all heard of stories along the lines of "Facebook lost me my job", mostly because people have included pictures of themselves doing something inappropriate or because they've said things about their work mates or their boss.  In which case, don't blame Facebook, Twitter or any other site, its down to being an IDIOT!  Plain and simple.  What is said on Facebook, stays on Facebook ...  and there will be consequences, perhaps not to day, not tomorrow, but when you least expect it.  Like when applying for a job and increasingly colleges, employers are scanning social network sites for what job applicants have said or done.  No!  We can't blame technology or social networking sites for allowing us to be idiots. Being able to use a computer is no protection against stupidity.

Some experts believe social networking is evil because of the way it allows companies to track and record so called private data like where we go, what we we see and what we read.  To an extent they have a point, but perhaps the real danger of social networking is its main strength:  the ability to recruit others to a common cause.  While this is can be a benefit, it can as the video above shows, be a force for bad where people can join together to oppress others in what's become known as cyber-bullying.

Some liken this to a virus spreading desiese between groups.  It starts slowly through a marginally offensive remarks.  These slowly becomes worse, as friends try and outdo each other in being rude about another and these as the video below shows, generally tend to be girls.


Then there are the 'Trolls'.  These tend to be individuals who 'troll about' the internet to make hate filled comments, such as taking delight in someone's else misfortune.  Why? Know one really knows.  Perhaps its because they are sad and insecure loners who want everyone else to be as miserable as they are.  Or perhaps its because, with technology available, they can.